Palazzo Paleologo, which existence is documented as early as 1100, residence of the Marquis of Monferrato. In 1686, after the revocation of the Edict of Nantes by King Louis XIV, Duke Vittorio Amedeo II of Savoy began the purge of the Protestants, in particular of the Waldensians. About 700 Waldensians were imprisoned in the palace, from which only 46 came out alive, so that Trino became known as “the Valdesi tomb”.

The ancient S. Francesco Church, 10th century, built on the foundations of the old Uguccione Castle, and therefore in olden times called S. Maria in Castrum.

S. Bartolomeo Parish and Beato Oglerio Chapel
Built around the thirteenth century, with four naves, only the bell tower remains from the ancient settlement. The current façade dates back to the 17th century. 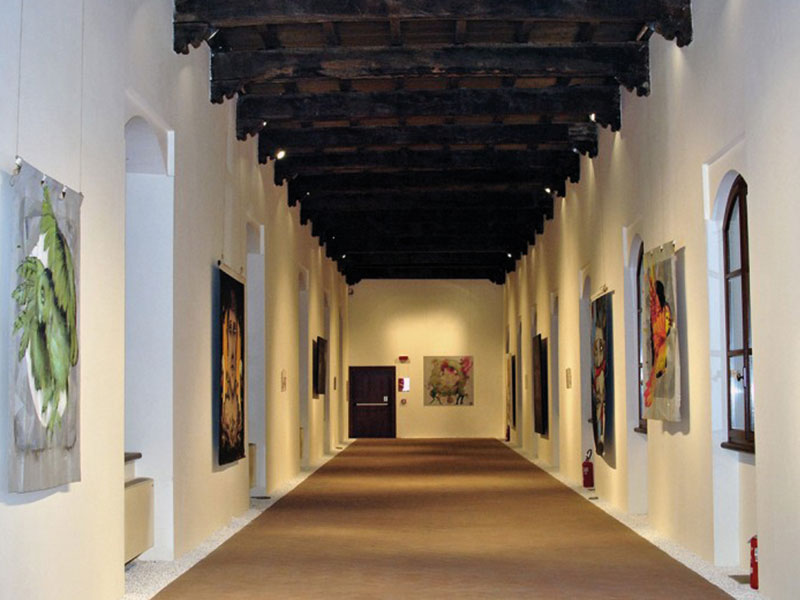 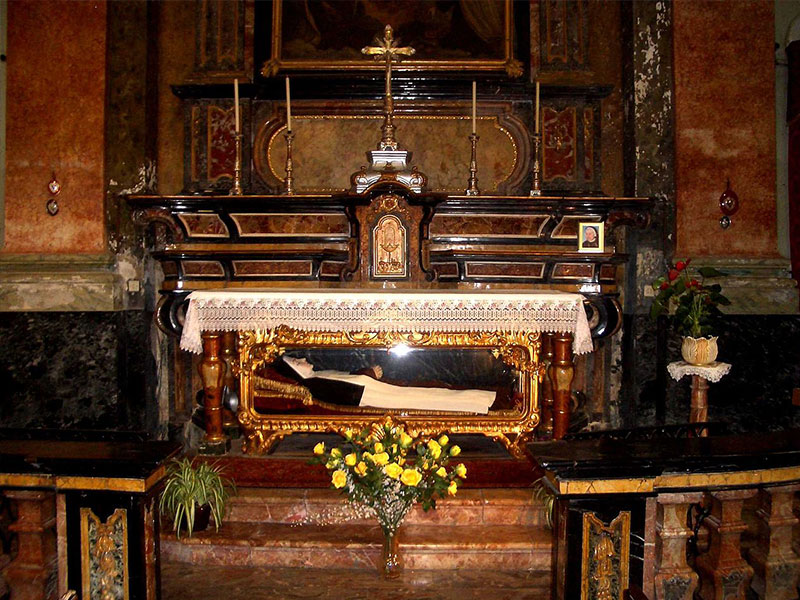 The churches of the Brotherhoods

S. Maria della Neve or Addolorata Chirch, Umiliate Confraternity
Built in 1779, with a single nave. The Confraternity, founded in 1583, had the function of giving burial to the poor, accompanying the condemned to the gallows and supplying the dowry to indigent girls.

S. Pietro Martire Chirch, Confraternity of S. Croce
Built in 1548. In 1964 the remains of Blessed Maddalena Panattieri were found in the crypt.

Confraternity of Sacre Sacrament and Apostls Chirch
Established in 1451, the confraternity of the SS. Sacrament was among the most important in the city: it took part in the administration of the Hospital of S. Antonio Abate and of the Pity Mount.

S. Lorenzo Chirch, Confraternity of the Angels, Baroque style, accomplished in 1749. Great cultural and folkloric value is the large collection of over a hundred “ex voto”, votive tablets made by the faithful over the centuries.

The Vercelli area preserves the ancient charm of agricultural lands. Following grange roads, the department stores for the conservation of rice growing in the vast plots of the many Abbeys, especially in the days of good weather it creates a magical effect, almost a fairy Morgana in which the buildings reproduce and flicker in the expanses of water and the sky itself, mirroring, it creates a light that is unique in the world.

A magnificent extension of hills and rice fields, on the opposite sides of the Po. In the hilly part, it hosts a heron and a nesting site for the kite and buzzard. The presence of a rare marsh turtle, Emys orbicularis, has also been reported.

S. Michele in insula Chirch, once surrounded by two branches of Po (hence the name) austere, dating back to the 12th century, with a basilica plan with three naves. The beautiful wooden trusses, bearing frescoes dating from the 12th and 13th centuries, are therefore among the oldest in Monferrato. A cycle depicts the story of San Michele Arcangelo.

The Lucedio Abbey was founded around 1123 by the Cistercians, on the lands donated to them by the Marquis Ranieri I of Monferrato. Become a Principality following the acquisition by Prince Borghese, it is today a thriving agricultural company.

Vercelli Duomo, or better the cathedral of Sant’Eusebio, of early Christian origins, it is located near the tomb of Sant’Eusebio di Vercelli and was rebuilt on the Controriforma plain: completed in 1852 it was later restored at the end of the 1800s.

Vercelli, Polo Espositivo l’Arca, which often hosts prestigious Guggenheim exhibitions organized by the Piedmont Region and the Municipality in collaboration with the Peggy Guggenheim Collection of Venice. 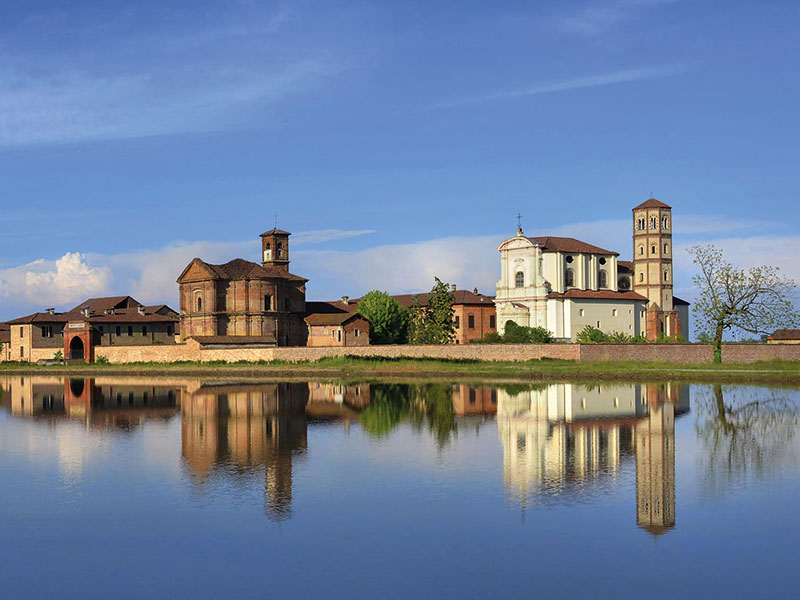 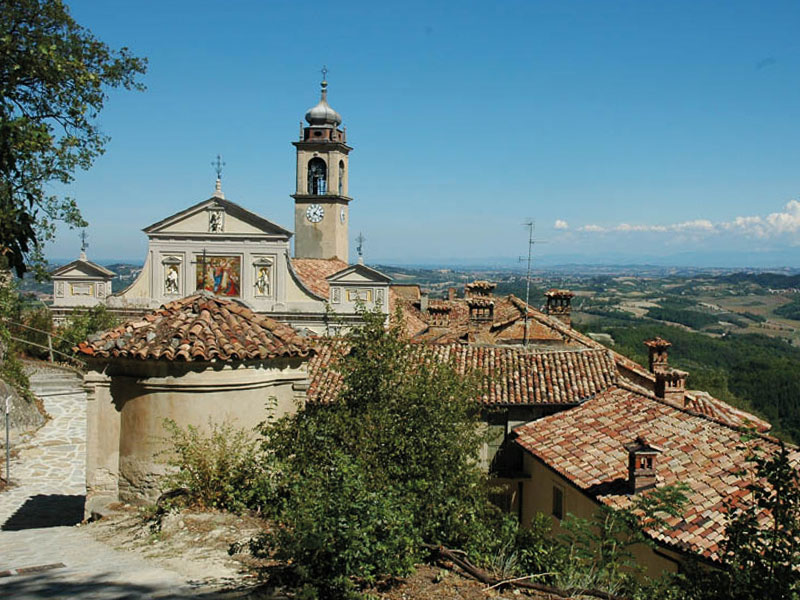 UNESCO Langhe and Roero Heritage, collected in the denomination “Paesaggi Vitivinicoli del Piemonte”, it is an extraordinary area of ​​rolling hills planted with vineyards as far as the eye can see, a splendid example of the generosity of nature combined with men work, everything is abut respecting and protecting the characteristics of authentic landscape.

The Sacred Crea Mount, Unesco Heritage, is located in one of the highest hills of the Monferrato, immersed in a wooded natural park of oaks and ash trees interspersed with rocky cliffs that, through paths, lead to Paradise Chapel, magnificent synthesis of nature, faith and art.

Built in 1589 by order of Constantine Maximus, it contains twenty-three chapels and five hermitages, within which the Mysteries of the Rosary are told through frescoes and life-size polychrome terracotta statues that are difficult to ascribe.

The Paradise Chapel, with its sumptuous and perhaps excessive Gothic layout, represents the ascension of the Virgin into heaven carried by 175 statues of angels, crowning 300 plastic figures depicting saints and prophets and a multitude of musician angels painted on the vault.

The Sacro Monte is traditionally reached on a pilgrimage on the occasion of the first of May.